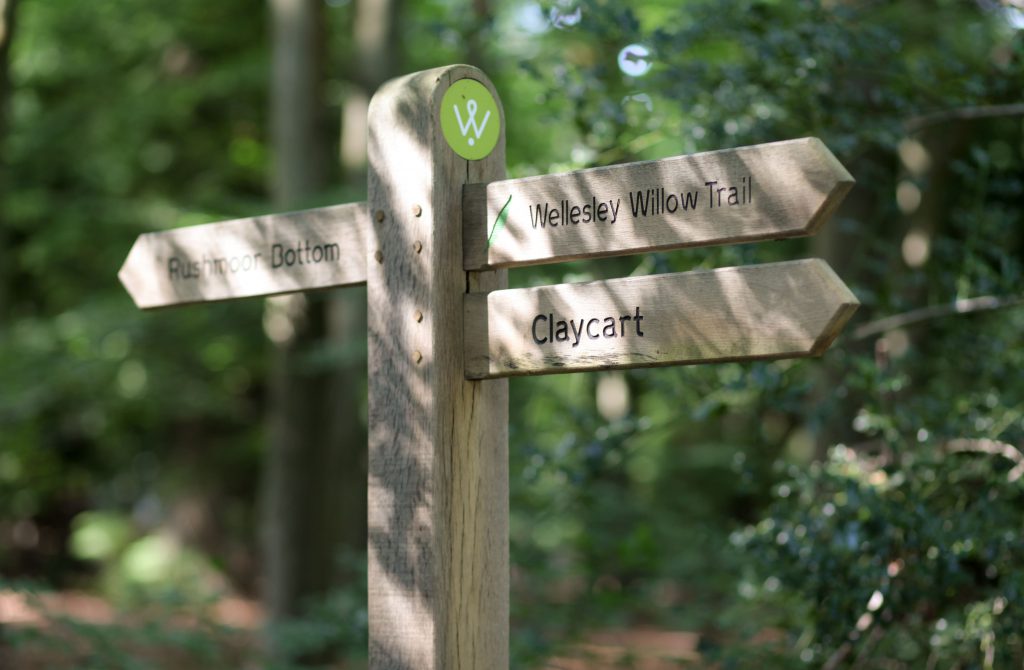 Wellesley Woodlands lie at the heart of Wellesley, a new housing development on the site of part of the former Army Garrison in Aldershot. The development will comprise 3,850 new homes, as well as the restoration of six listed buildings, two new primary schools, a neighbourhood centre with local shops, play areas, day care facilities, allotments and a recycling centre.   The woodlands are a Suitable Alternative Natural Greenspace (SANG), providing an enjoyable natural environment for recreation as an alternative to the Thames Basin Heaths Special Protection Area (SPA). The SPA is designated for its ability to provide a habitat for the internationally important bird species of woodlark, nightjar and Dartford warbler. Blackwater Valley Countryside Partnership (BVCP) has been appointed by the Land Trust to manage Wellesley Woodlands on a daily basis. 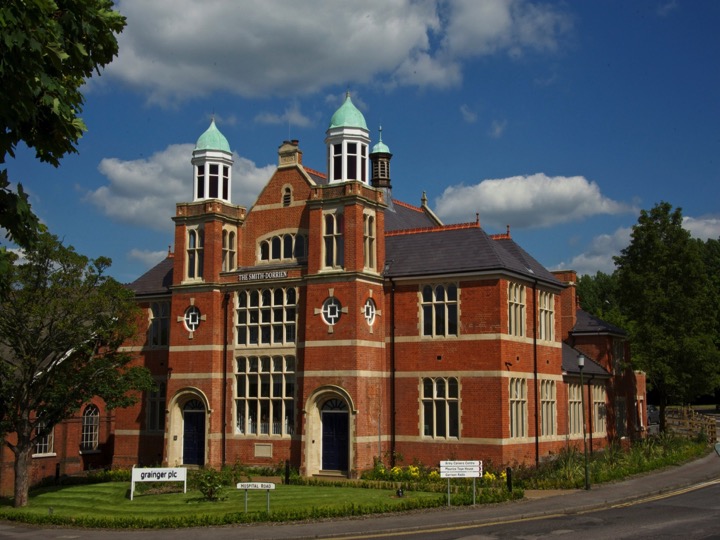 Today: The remaining buildings provide a unique record of the development of military history from 1870s to the present day, as well providing a poignant reminder to those who have served in the army or are connected to the area.

The remnants of the carefully conceived mature landscape provide an ideal setting for the next phase of South Camp’s evolution, the creation of Wellesley. 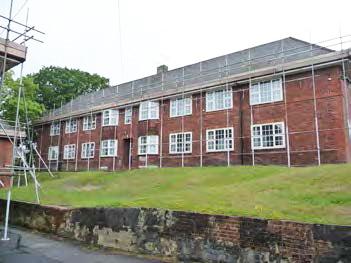 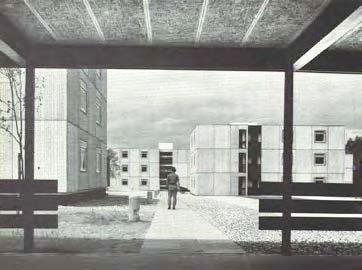 The first new barrack complex to be completed in South Camp was ‘Montgomery Lines’, built on the site of the former Corunna, Barossa and Albuhera barracks, west of Queen’s Avenue. The barracks were named after Field Marshal Viscount Montgomery, Colonel Commandant of the Parachute Regiment from 1944 to 1956, who officially opened the barracks on 7th April 1965.

Following this, other areas of South Camp were redeveloped during the 1960s and 70s. These include Browning Barracks, built in 1964, which served as a depot for the Parachute Regiment and which in 1969 was selected for a Civic Trust Award. Duchess of Kent Barracks which served the Women’s Royal Army Corps were open by the Duchess of Kent on the 11 July 1969. Buller Barracks were also built between 1965 and 1970 to serve the Royal Corps of Transport. 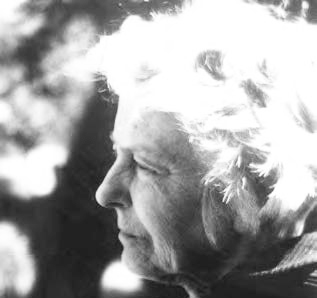 The 1960s heralded the third major phase of redevelopment in Aldershot. As with 1890s Barracks Act reconstruction, this later redevelopment reflected the changing nature of warfare and the desire to improve the living and working environment of soldiers and their families.

The 1960s development, just like the Barrack Act building program, embodied the latest ideas in planning and the use of building technology.

The concept for the new garrison was the brain child of Sir Donald Gibson, who formed and directed the Planning Group as General Director of Works, at the Old War Office, and later became controller general at the Ministry of Public Building and Public Works. The design team consisted of Building Design Partnership under the control of Sir George Grenfell Baines OBE, and the noted landscape architect Brenda Colvin CBE. 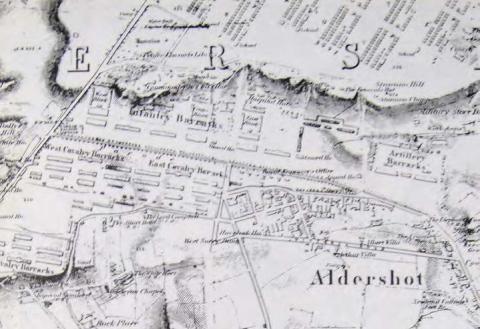 The Garrison was once again strongly associated with the Canadian Army, serving as a major centre for units arriving in the United Kingdom and for repatriation at the end of the war.

It was from Aldershot that the British Expeditionary Force set out for France at the start of the First World War.

The Garrison also had a strong association with the Canadian Army with three of the main Canadian units located within the Aldershot Command during the First World War. 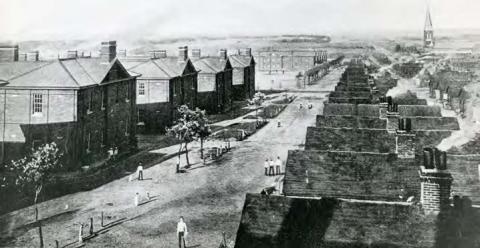 At the beginning of the twentieth century, the South Camp was still expanding and Aldershot became the home of the 1st and 2nd Divisions, which comprised the bulk of the 1st British Army. 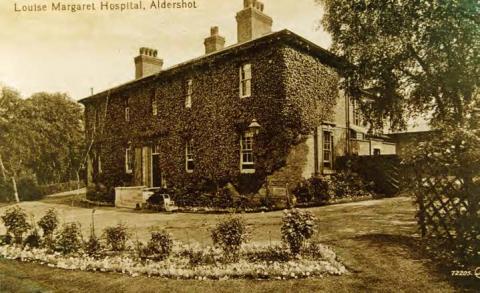 The hospital was designed in a compact version of the pavilion ward layout and was named after the HRH The Duchess of Connaught and Strathearn. 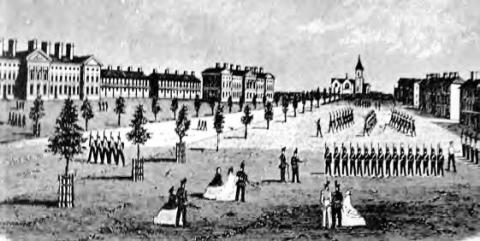 The second major phase of redevelopment at Aldershot occurred as a result of the 1890 Barrack Act, which proposed reconstruction of the country’s major military camps in in permanent materials.

In Aldershot, this involved the replacement of the existing wooden hutted accommodation with permanent brick buildings. The reconstruction comprehensively swept away the existing huts. However, the gridded layout established in the earlier phase was continued. 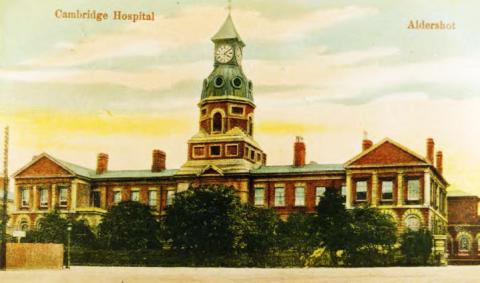 The Cambridge Military Hospital was built and would go on to become the most significant heritage asset at Wellesley.

The hospital was built to replace existing hutted hospital accommodation and its design utilised the new continental idea of pavilion wards linked by corridors to provide the fresh air to patients and prevent infection spreading between wards.

During the First World War, the hospital was the first base hospital to receive casualties straight from the Western Front. 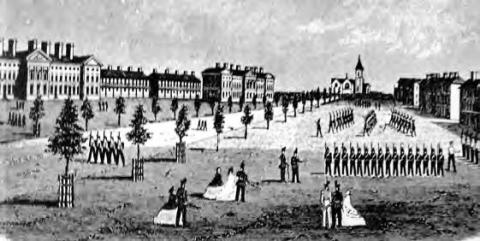 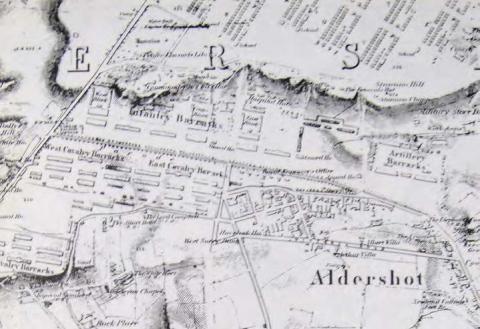 The Hutted Camp, as it was known, was built between 1854 and 1859. Its construction was hastened by the outbreak of the Crimean War in 1854. The first phase of development instigated the gridiron planning framework, which was in part adapted by the later phases. Buildings included accommodation blocks and service buildings, such as cookhouses, churches and hospitals. The accommodation blocks also made provision for soldiers’ wives and children. 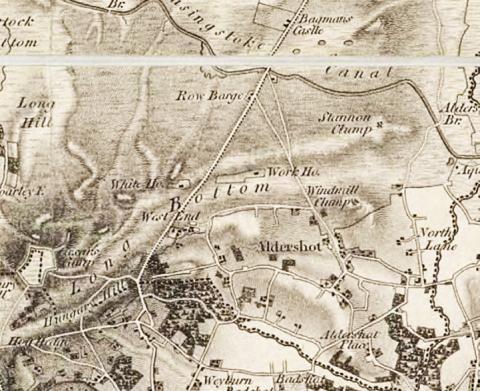